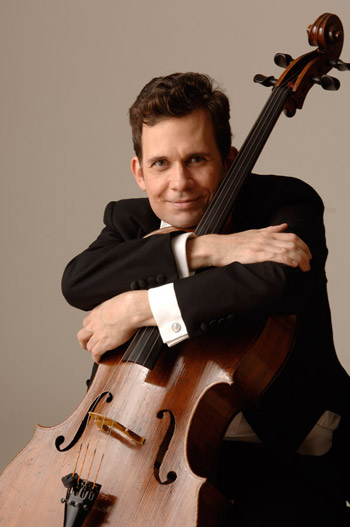 Praised by New York Newsday for “extraordinary musicianship...forceful, sophisticated and entirely in the spirit of the music,” American cellist Brinton Averil Smith's performances have elicited rave reviews around the world, praising virtuosic performances and musical ideals rooted in the golden age of string playing. Smith’s debut recording of Miklós Rózsa’s Cello Concerto with the New Zealand Symphony Orchestra on Koch Classics won widespread international critical acclaim, including the annual Gramophone Awards Issue which praised Smith as a “hugely eloquent, impassioned soloist,” and continued, “The sheer bravura of Smith’s reading is infectious.” His recording of Fauré’s Piano Trio and Après un Rêve with Gil Shaham was selected as one of BBC Music magazine’s best albums of the year and the American Record Guide praised their performance as “Stunningly beautiful”, continuing “I cannot imagine a better stylistic match for Shaham”

Mr. Smith has appeared regularly as a soloist with the Houston Symphony since joining the orchestra as principal cellist in 2005. Prior to this, he was the first musician chosen by Lorin Maazel to join the New York Philharmonic and the principal cellist of the San Diego and Fort Worth Symphony Orchestras. Mr. Smith's North American engagements have included performances at Carnegie Hall, Lincoln Center, the Marlboro Music Festival, the Aspen Music Festival, the Banff Centre for the Arts and with orchestras throughout the country. A passionate advocate of unjustly neglected repertoire, Mr. Smith recently gave the North American premiers of rediscovered works of Jean Sibelius and Alexander Zemlinsky. His performances have been broadcast on CBS's Sunday Morning and on the radio throughout the U.S., including NPR’s Performance Today and Symphonycast.

An active chamber musician, Smith has collaborated with violinist Gil Shaham on numerous occasions including Carnegie Hall's Gil Shaham and Friends series. He has also collaborated with cellists Yo-Yo Ma and Lynn Harrell, violinists Cho-Liang Lin, James Ehnes, Nadja Salerno-Sonnenberg and Sarah Chang, soprano Dawn Upshaw, pianist Jonathan Biss and members of the Beaux Arts Trio and the Guarneri, Emerson, Juilliard, Cleveland, and Berg quartets. Smith has performed with the Chamber Music Society of Lincoln Center, the Marlboro Music Festival, the Aspen Music Festival, the Seattle Chamber Music Society, the Sarasota Music Festival, the New York Philharmonic Chamber Series, the Killington Music Festival, El Paso Pro Musica, the Mainly Mozart Festival, the Brevard Music Festival and the Texas Music Festival and is an artistic director of the Restoration Chamber Music festival in Galveston. As a student, he was a prize winner in the Leonard Rose International Cello Competition and in several consecutive Juilliard concerto competitions and was invited to perform at the American Cello Congress. Mr. Smith is currently a member of the faculty at the Shepherd School of Music at Rice University, and has given masterclasses throughout the United States, including at the Aspen Music Festival, the New World Symphony and the National Orchestral Institute.

The son of a mathematician and a pianist, Brinton Averil Smith was admitted to Arizona State University at age 10, where he took courses in mathematics and German and, at age 17, completed a B.A. in mathematics. He subsequently became a student of Eleonore Schoenfeld at the University of Southern California, where he was also a teaching assistant in the mathematics department, and completed work for an M.A. in mathematics at age 19. He then studied with the renowned cellist Zara Nelsova at The Juilliard School, where he received a Doctor of Musical Arts degree, writing on the playing of Emanuel Feuermann. Mr. Smith resides in Houston with his wife, the pianist Evelyn Chen, and their daughter, Calista.