Evan Leslie is an arts educator, program producer, and cellist.  He is the director of the University of Houston’s Community Arts Academy at the Katherine C. McGovern College of the Arts.

From 2013 – 2020 Evan was Artistic Producer of Lincoln Center’s New York Public Library for the Performing Arts, one the world’s largest repositories of performing arts manuscripts and archives.  During his time at the “Lincoln Center Library,” Evan conceived and produced hundreds of music, theater, and dance educational programs and performances, working collaboratively with the Metropolitan Opera, the Juilliard School, The Public Theater, New York City Ballet, WNYC radio, The International Contemporary Ensemble, Sesame Workshop and many other cultural organizations.  In addition to producing more traditional concerts and conversations, Evan specializes in unconventional, social-learning experiences, such as “Trivia Concerts,” "Sing Along Show and Tells,"​ social dance experiences, and educational faux-debates, like Shakespeare vs. Mozart or The Beatles vs. The Rolling Stones.   He is proud to have worked with a diverse spectrum of artists and scholars, from concert pianist Emanuel Ax to Grover the Muppet; from actor Alan Cumming to choreographer Pam Tanowitz; from composer/lyricist Lin-Manuel Miranda to director/filmmaker Julie Taymor.

Before moving to New York, Evan managed community engagement projects and the Longhorn Music record label at the University of Texas, Butler School of Music.  From 2008 – 2011 Evan was the Director of Education at Da Camera of Houston, where he established the Da Camera Young Artist Program.

As a cellist, Evan has performed with the New York Classical Players, New York Chamber Music Festival, The Grand Teton Music Festival, Da Camera of Houston, and in the cello sections of the Austin and Tulsa Symphony Orchestras.  He was adjunct professor of cello at The University of St. Thomas from 2009 - 2013.  He studied cello at Moores School of Music, and he received his master’s degree in cello from Rice University’s Shepherd School of Music, where he studied with Brinton Averil Smith. 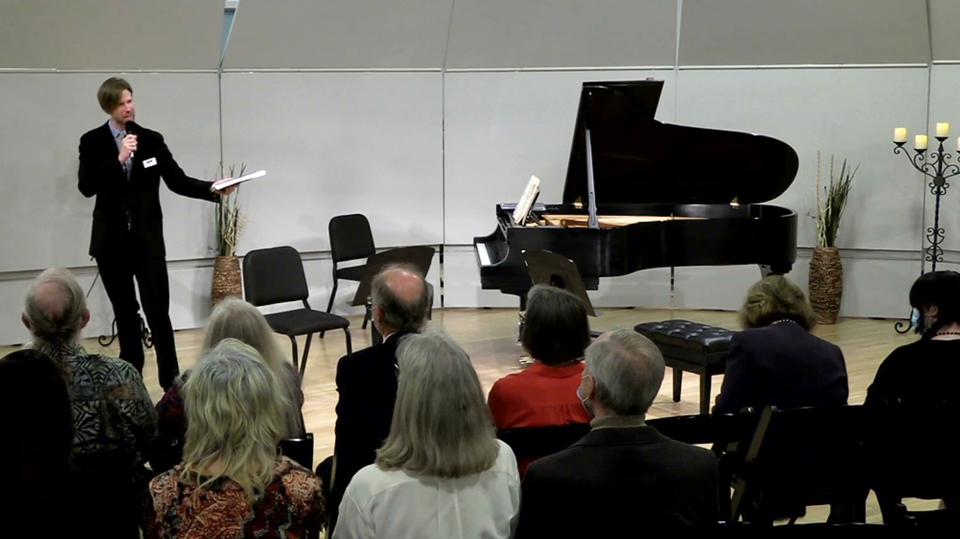